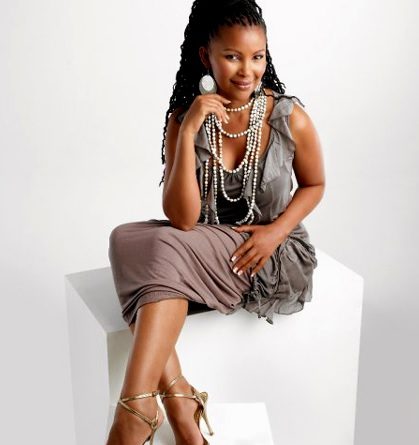 Gerry Elsdon made a strong impression on the co-host of South Africa’s first Big Brother reality series and as a continuity presenter for M-Net.

In recent years, she was seen as a host and executive producer with South Africa’s satellite news network, ANN7.
Gerry Elsdon has a colorful background is a huge understatement! Having been born in District 6, living through the forced removals and Group Areas Act in the Cape in the 80s, to getting off a Greyhound bus from Cape Town, and meeting Nelson Mandela in an elevator in her first hour in Johannesburg.
Gerry is determined to inspire an interest in the arts among young people and to encourage creativity as a means of expressions, while also instilling a culture of learning, and teaching business skills to equip young performers and artists for the future.
Gerry started her working career within the liberation struggle as a teenager on the Cape Flats. She later followed the move of one of her mentors, Cheryl Carolus, to Johannesburg to work for the African National Congress at national level.
She first worked in the Department of International Affairs as a secretary in the office of Thabo Mbeki, who was then the Head of International Affairs and is our second democratically elected president, and finally the Department of Local Government and Housing, learning from men such as Thozamile Botha and Slovo.
She also uses her public profile as a celebrity to get involved in as many social projects as possible. She has assisted as an Aids Ambassador for the President’s Office and frequently helps organisations like CHOC and the Othandweni Children’s Home.
In 2008, she became the spokesperson for the World Health Organisation’s South African STOP TB Campaign.
Recently, on the invitation of the Minister of Health, Dr Manto Tshabalala Msimang, Gerry assisted in highlighting the plight of those struggling with TB, HIV and Aids, and is set to do more publicity work for the health ministry.

In 2001, she was appointed Head of Television and Broadcasting for Allenby Campus, a niche college with campuses country-wide.  The television, radio and drama course included music, movement/dance, the basics of entertainment law, agency management, and film analysis, and attracts student who are interested in working in television and theatre.
Gerry teaches the television component of the course at five campuses across the country.
In April 2002, she was master of ceremonies at the International Vaccination Conference held in Cape Town, endorsed and attended by Former SA president Nelson Mandela and Chancellor of the University of Cape Town Mrs. Graca Machel Mandela.
In 2002, Soulmate Productions and publishing house Carpe Diem Media created an inspirational publication called Soul Magazine, of which Gerry was an editor. Soul Magazine aims to begin a journey towards inner freedom, intellectual and emotional stimulation, and self-love amongst women by nurturing and healing both the physical body and the spirit.
In 2004, Soulmate Productions launched its personal development division aimed at creating a networking and training environment in which women can grow and develop their skills, but also to develop the leaders of tomorrow.
Gerry currently holds active directorships in Hlobisile Transport Management, a young trucking company carving a niche for itself and is Director: Marketing for Centurion Academie, a Pretoria-based Tertiary Institution, while also upholding her public image as the face of LUX in Southern Africa.
In August 2005, she was appointed the Patron of Othandweni Children’s Home.
2006 saw Gerry Elsdon launching Cinnamon Communications (Learn, Grow and Experience the Essence of Life). A company which she heads by herself, focusing on Motivational Workshops; Grooming and Image Workshops; Networking Breakfasts; Skills Development and Training Courses; Corporate Solutions Programmes; Corporate Wellness Programmes, and Celebrity Friends Workshop Series.
She is still one of South Africa’s prominent Hosts/MCs, which is one of her best roles, and she handles the job with integrity and utmost professionalism, which sees most of our clients coming back to securing her services.

As a motivational speaker and a public figure, Gerry sees herself also expanding her role in becoming involved in other topics such as:

• Flying without Wings
• The Goddess within Discover your True Purpose
In 2007, Gerry launched Gerri E Signature Collection. This is a jewellery range comprising Swarovski crystals and fine metals.

Gerry Elsdon is still one of South Africa’s prominent MC’s, as it is one of her favourite roles. She handles the job with integrity and utmost professionalism, which sees clients coming back to secure her services, again and again. Her relaxed and personable style as an MC makes her a pleasure to work with at corporate events with Heads of State, Captains of Industry and Corporate Staffers alike. Her ability to interact with her audience, her infectious laugh and bubbly personality adds to her popularity as a speaker and facilitator.

Being a businesswoman, and the CEO of a thriving communications company makes Gerry the ideal candidate for your team build.

She will facilitate a range simple bonding exercises to complex scenarios – getting your team working side by side to solve these problems.

Gerry is now available through Motivators 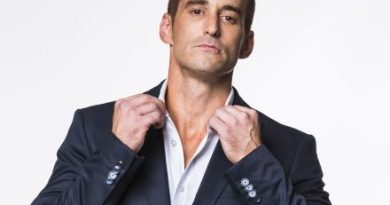 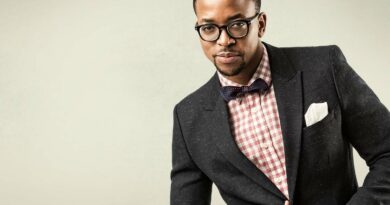 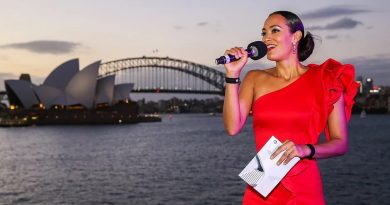