Paul Rothmann has devoted himself to the Craft of the Warrior…

Like many young boys, he joined a local dojo and studied the Japanese martial art, karate. During his training he was introduced to principles such as Discipline, Courage and Respect, which appealed to him on a very deep personal level, and he soon realised that the Warrior Arts encompassed far more than just physical fighting abilities. This awareness was one of the pivotal moments in his life, when a mere sport, became his way of life… a way of life which he embraced with his entire being. Thus he embarked on the Way of the Warrior

Paul has always sought to remain true to the greatest principle of WarriorCraft… the realisation that Life is fragile and sacred, and thus one should live with great passion. Subsequently he has led a life filled with notable achievements:

Paul believes in an inherent power, ability and potential within each and every person… therefore he does not claim to teach, instruct or help…. he simply encourages and inspires individuals on their own unique paths as warriors and masters of their own destiny!

Paul Rothmann was born in Tel Aviv in Israel, whilst his parents were stationed there in diplomatic capacity. Thereafter they lived in Buenos Aires, Argentina for 4 years before returning to Pretoria, where Paul still resides today.

After school, Paul studied law at the University of Pretoria, where he also obtained his B.Com Law and LLB degrees. In 2003 he was admitted as an Advocate to the High Court. Currently he also practises as a legal advisor, working for SEESA, one of the biggest Labour Law Consultancies in South Africa.

Paul has always been passionate about the Martial Arts, and has studied Karate (Kyokushin and JKA), Aikido, Kickboxing, Iaido, Western Boxing and Muay Thai.

He is a former World Champion Thaiboxer (Professional Full-Contact Fighting). He obtained the WPKA World Heavyweight Title in 2001, and is still involved in this art today. He was also the WPKA Thaiboxing African Heavyweight Champion. He obtained his National Colours for Amateur Kickboxing in 1997, and was 3rd in the Kyokushin Knockdown National Championships.

In 1999 he took part in his 1st modelling competition, and in the same year he won, amongst others, the Patrick Daniel ‘Male-model-of-the-Millennium’ competition. Paul was also chosen as South Africa’s Sexiest Man by Cosmo Magazine, during its Sexiest Men Calendar in 2009.

Shortly after his success as a model in 1999, he became a part of SABC 2 Pasella, the Afrikaans Lifestyle Programme, and since then he has taken us on numerous trips throughout the world, met with famous celebrities and partaken in many adventures – sharing all his experiences with over 1.5million viewers on a weekly basis. Always with his trademark friendly smile!

Since making his first appearance in 1999 on Pasella, SA’s most popular Afrikaans lifestyle programme.

Paul has become one of the most recognizable faces on television.

With his trademark smile, his passion for life and his fun-loving attitude, he has embedded himself deep into the hearts of many viewers.

Paul was born in Tel Aviv in Israel, whilst his parents were stationed there in diplomatic capacity.

Thereafter they lived in Buenos Aires, Argentina for 4 years before returning to South Africa.

Paul obtained his B.Com Law and LLB degrees at the University of Pretoria and was admitted as an Advocate of the High Court.

Paul Rothman is a devoted martial artist, having studied various fighting arts, and he is also a former World Champion Thaiboxer.

Paul’s passion for life and his continual quest for integrity is inspiring. His two trademark presentations are:

This life-Changing inspirational talk deals with the power of choice inherent in every person. Choice enables people to transcend the victim-state-of-mind and embrace the power of true self-mastery.

The talk can be adapted to be suitable for both workplace and personal development presentations.

This extremely popular and fun workshop is not only a practical street self-defence workshop, it is also a true self-empowerment exercise utilizing the principles of NLP. It is ideal for team building and boosting morale. (Even though it is a Warrior Women Workshop, men are in fact also welcome) 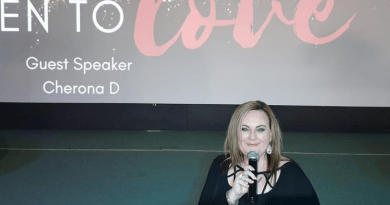 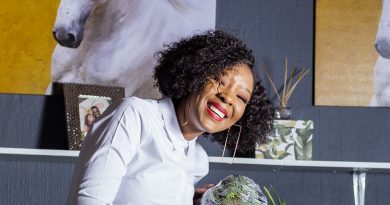 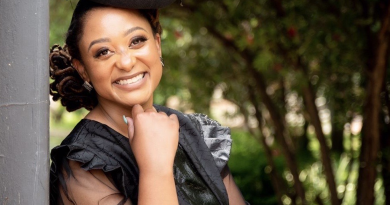